We are placed within a picturesque, unique theater located inside Turin’s first cemetery. Two steps away from the city center, San Pietro in Vincoli is a monumental complex built around an inspiring desacralised chapel redesigned into a theatrical space. Inside the venue there are also catacombs, porticoes, office spaces, a garden and a large grassy courtyard. 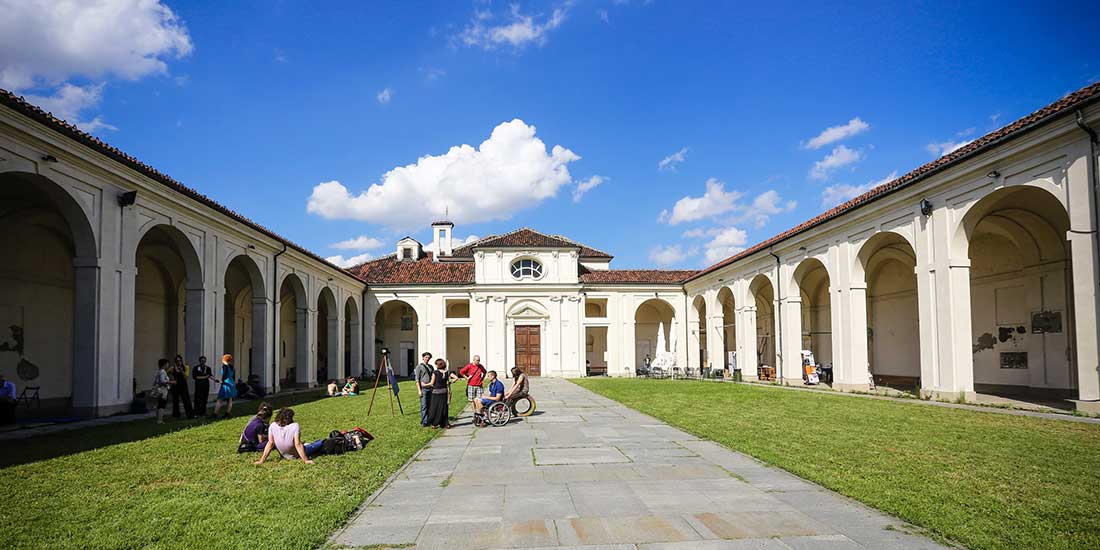 The history of San Pietro in Vincoli

Designed by Francesco Valeriano Dellala and completed in 1777, the graveyard originally had a central space used as a charnel house surrounded by forty four wells for the bodies of the poor, and the crypts belonging to noble families arranged along the porticoes. Construction was commissioned by royal decree in the context of European suppression of traditional burials inside churches, that posed a great risk to public health. Peripheral areas have been picked to accommodate new cemeteries. In the case of Turin, two identical graveyards have been built, San Pietro in Vincoli and San Lazzaro, the last one disappeared entirely. Following damages in World War II, San Pietro was closed and exposed to acts of vandalism. By 1970 all the remaining tombs and bodies had been transferred.

Abandoned for fifteen years, it reopened in 1984 thanks to several experimental theatre groups. Their success has led to an integral restoration of the monument later on. Today, completely repurposed, it hosts Il Mutamento and two other cultural associations, Acti Teatri Indipendenti e LabPerm Ricerca sull’Arte del Attore. All three theatrical tenants joined forces to create a unified association, San Pietro in Vincoli Zona Teatro, founded in 2018 to catalyse efforts in order to further even more measures to requalify the space, recently recognized by Compagnia di San Paolo with the prestigious “Luoghi della Cultura” prize, that gives proper credit to Turin’s most important cultural venues.